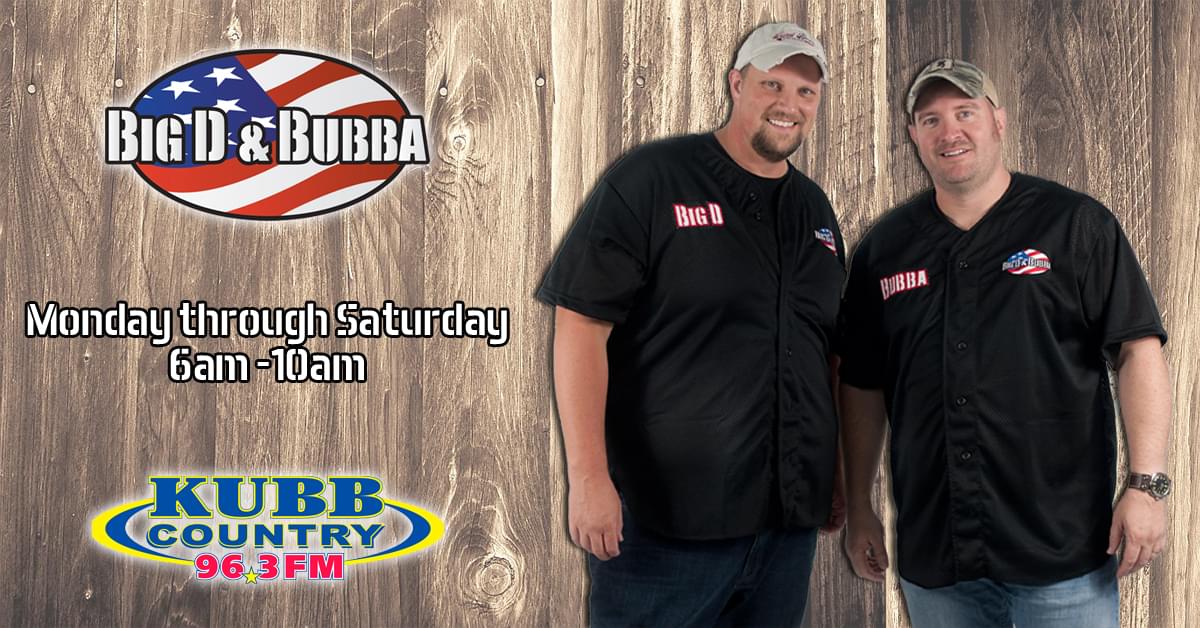 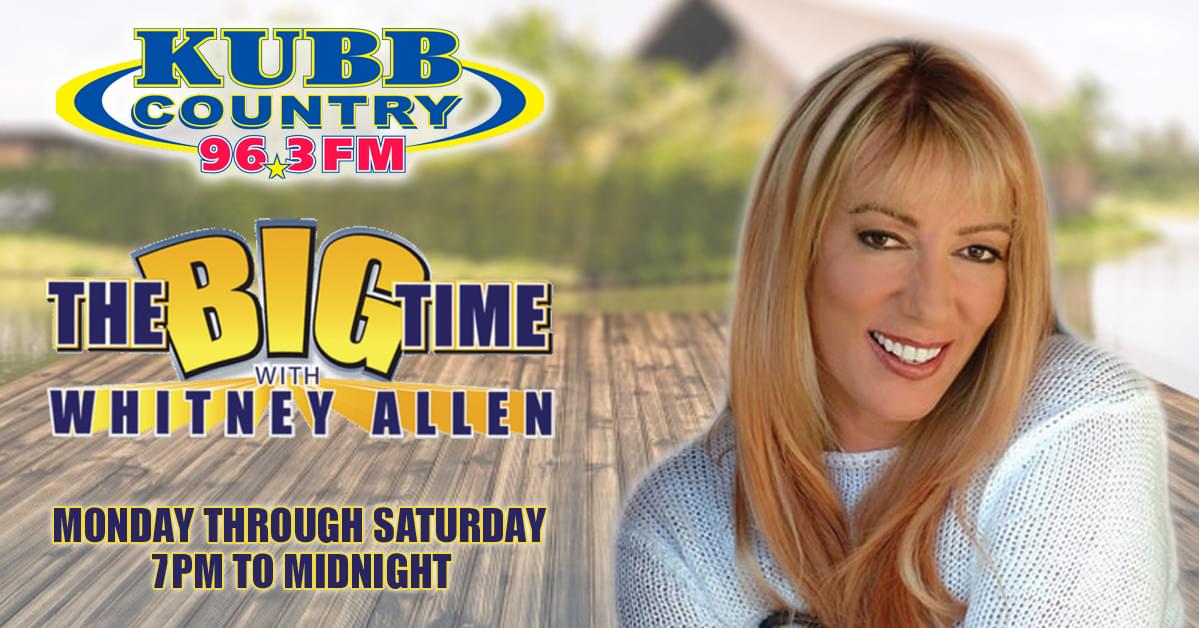 What did you want to be when you were 5? And really…what kid actually gets to be the astronaut, rockstar, explorer, or radio host?!? Whitney Allen, that’s who! Her parents bought her a red transistor radio (that she slept with under her pillow every night) and adopted her first cat, Thomasina (who slept with her every night.) That’s when she knew, it was radio or animals. Since she was better at talking than biology, she knew she was going to be on the radio. So at the age of 5, she set out to make it BIG.

Before her first radio gig, Whitney heard a DJ who sounded like a woman that wanted to steal your boyfriend. If Whitney was going to be a DJ, that was not the sound she was going for. KATA in Eureka, California was the first station to give her a shot on the air. There, Whitney spent 2 years in place of that exact girl that wanted to “steal your boyfriend.” When she had enough of the northern California rain, Whitney headed south to San Diego. Warming up not just in the sun, but on CHR’s two hottest stations, nostalgia, AC and her first foray into country. Then the call came in…

Pirate Radio in Los Angeles. No two better things could have happened at the same time in Whitney’s life: a ground-breaking station being led by Scott Shannon,  in her hometown of Los Angeles where she always dreamed of making it BIG. Then KIIS-FM in Los Angeles came along. For 3 years she hosted nights, middays, filled in and even co-hosted some mornings with the legendary Rick Dees. Still…there were bigger plans to come.

Blair Garner who worked at KIIS with Whitney, left to start his syndicated show “After Midnite.” He asked Whitney to join him, so she became the host of “After Midnite Weekends with Whitney Allen” for 8 years, on over 200 country stations.

Staying in her hometown, Whitney became the afternoon drive host at KZLA…but she was already bitten by the syndicated bug. So with only weekends free, “The Big Time Saturday Night” was born. As the business goes, KZLA flipped formats. Instead of dwelling on the past “The Big Time with Whitney Allen” was launched, and now, 6 years later, Monday through Friday on 150 stations.

Now, 6 nights a week, on The Big Time and The Big Time Saturday Night, Whitney hangs out and occasionally…ok, often,  harasses listeners and artists. She gives credit to the chaotic (and usually drunk) team behind her, because The Big Time is too BIG for one person to handle. It really takes listeners, artists, music and a dream team to make Whitney’s  dream come true.

When she’s not on the radio, or backstage at the biggest country concerts,  Whitney loves the outdoors, redecorating, napping, and Mexico. Her furry kids, Paloma, Leela, and Ramon, But Mattie, Flue and Chakita live in her heart forever. And the cats Luna and Winchmore (no we didn’t name her ). Luckily, even without a degree in veterinary medicine, with the power of radio, she still gets to help animals through different charities. And, in keeping her promise to never sound like the girl that wants to steal your boyfriend, she’s got a man of her own.

Born in Las Vegas and raised in Los Angeles, Jackie grew up with a love of blackjack and sunshine. Never one to sit still, in school she was either in trouble for talking or trying to beat the boys during recess. Not much has changed; on weekends Jackie plays in a basketball, kickball and a softball league. Still, nothing has made her happier than work. Since she has absolutely NO musical talent, she plays talented people’s music on the radio.

Starting her radio career at 19, Jackie has been involved in the country music community for over 13 years. On air or behind the scenes, Jackie has worked with some of the greatest talent in country radio. Bossing them around…er…working for them, has prepared her for anything. Which is good because in her spare time she likes to jump out of planes, drive real fast, try any sport that looks somewhat dangerous and basically scare her mother on a regular basis (in the last few years alone she’s broken 3 bones!). If you ever do find her sitting still, it’s in a casino or watching reruns of Friends… Could she BE any more cool???

Dana is probably the most sane of the group. Born and raised in Southern California, she thinks anything below 70 degrees is too cold. She has been blessed (or cursed) with the gift of gab. Her first detention, Saturday school, and note sent home to the parentals were all due to talking. So, when it came time to decide what Dana wanted to do the rest of her life the answer was easy, radio! She got a part-time job immediately after high school at CBS Radio in Riverside on the street team. She grew within the company into a full-time role, while obtaining her BA in Communications from Cal Baptist University. Dana met The Big Time crew at Stagecoach Music Festival, and later joined The Big Time in 2016. Now, Dana is loving The Big Time life style! Outside of work, she likes spending time with her Springer Spaniel Oakley, going to concerts and people watching, and reminding everyone she’s painfully single. Seriously, if you know a guy, let her know.

Throughout high school and most of college, Binoj was lost when it came to finding the right career choice. It was during his time in college radio, he realized that being a personality could be his purpose in life. After graduation, Binoj got an internship with CBS Radio and eventually was hired as an On-Air Talent in Miami for Power96. After working for 2 years in radio market #11, he started to dream about success in the entertainment capital of the world. On September 10th 2015, he randomly moved across the country and landed in Los Angeles to start a new journey. Two years of doing part time jobs for NBC Sports Radio and The Zach Sang Show, he was offered the opportunity to work full time for ‘The Big Time with Whitney Allen.’ In studio you can find him easily distracted by his phone and constantly confused by country music. When you talk to him on the phones, prepare yourself to not only request a song, but also talk about your day and plans for the weekend! If you had to describe Binoj in one sentence, he’s a non-stereotypical, funny brown guy that just wants to make everyone around him smile. We probably could have started with that and made this bio a whole lot shorter. Oh well.